In 1968 Papua New Guinea is closer to independence than most inhabitants of Port Moresby realise. Everything is about to change when Leonard, an ethnographic film-maker, arrives with his Dutch wife Rika.

At the new university, Rika, who is just twenty, meets Martha and Laedi, young wives of Leonard's colleagues, with whom she becomes close friends. She also meets Papuan student Jacob, who takes her for an early morning walk to the swamp, his room mate Milton who asks her to bring her camera to rehearsals of his play, and Jacob's clan brother Aaron, who returns from Europe with an MA, the first Papuan to teach at the university. When Laedi's husband Don insists on going with Leonard to the mountain where he is to film the bark cloth artists, Rika stays behind at the university. The consequences, both on the mountain and at the university, will change all their lives.

In 2005, Jericho takes leave from the gallery in London where he works and returns to the mountain where he was born - and to Laedi and Don's daughter Bili, who is still in Port Moresby working as an environmental lawyer. Can he bridge the distance between his life in London and the place of his birth? Can he persuade Bili to return with him to London? Can he satisfy the expectations of his kin on the mountain? Can their barkcloth art survive another generation? Will he discover the truth about his birth, and about the events of independence that have been shrouded in silence for thirty years?

Ranging from Port Moresby to the mountain of the barkcloth and the fjords of Jacob and Aaron's birth, The Mountain takes the reader deep into a complex country, and a rich story of love, loss, grief and betrayal.

" If Poppy was the book into which I put everything I knew at forty, The Mountain is the book that took all that I have become at sixty." 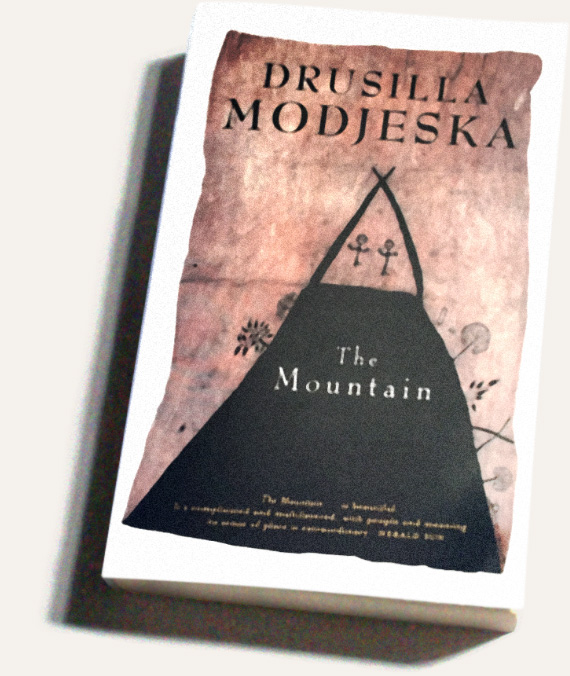 Anna Funder
Author of Stasiland and All That I Am

A wonderful achievement. It is moving and panoramic. It takes us into the heart of our near neighbour Papua New Guinea in a way that's never been done before, through the point of view of the founders of independence, their friends and lovers. At the same time, it's a sweeping story of love and friendship, of hope and regret, and of the generational loyalties we inherit, as well as the ones we create for ourselves. The Mountain is a novel as intricate and powerful as the bark-cloth paintings at its heart.

It's a joy to encounter a novel so dense with ideas; ideas that beg you, as a reader, to grapple with the moral and ethical complexities that they signal. And to travel this journey with such a rich array of characters, each trying to find their own place within this unfolding political landscape, is a wonderful thing...

The Mountain is an epic novel, sweeping in its reach and sumptuous in its realisation. It can only enhance Modjeska's already formidable reputation.

Felicity Plunkett
The Australian
19 May 2012

Drusilla Modjeska's The Mountain is at once a luminous work of fiction and an anatomy of ideas of light and enlightenment.

When the Dutch-born protagonist, Rika, and her anthropologist husband, Leonard, arrive in Papua New Guinea in 1968, she looks at the landscape through her camera. Amazed by jagged light reflected on water, the textures and patterns of tree roots and the tracery of crabs' paths in the mud, she hands the camera to her local companion, saying: 'It's like art.'

As a photographer in a new landscape, she has to 'learn her camera all over again'. She has to understand how the light falls. She has to learn, too, to look directly. In her marriage and through the patterns of her longings and losses, Rika undertakes a figurative version of her professional quest to look differently. Light and sight are recurrent motifs in a novel whose effects are radiant...

Modjeska brings her honed talents to the creation of a multifarious, extraordinary and dazzling novel that feels nothing like a debut.